About two years ago I began thinking of responses to the human rights abuses in North Korea. It turns out, two years later, I’m still thinking and trying to channel my thoughts into a space for others to contribute and discuss. Here’s what I thought about Kim Jong Il and the International Criminal Court (ICC) back then. Now, I’m looking at other transitional justice mechanisms in the event of a NK regime shift. If you have thoughts, please let me know. 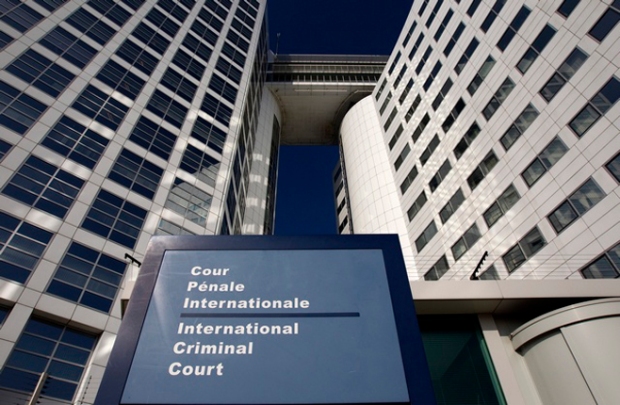 The entrance of the ICC at The Hague. REUTERS/Jerry Lampen

Is There A Court With Jurisdiction to Prosecute Kim?

In 2002, the International Criminal Court (ICC) was established in accordance with the “Rome Statute.”[1] The ICC prosecutes “people accused of genocide, crimes against humanity and war crimes. It offers the hope that some of the perpetrators of the worst crimes committed in armed conflicts will be brought to justice.” [2] The Court would be limited to prosecuting KJI for crimes from July 2, 2002 and onwards.[3]

A primary requirement for determining whether a Prosecutor should initiate an investigation under Article 53 of the Rome Statute of the International Criminal Court (ICC) is to evaluate whether there is “a reasonable basis to believe that a crime within the jurisdiction of the Court has been or is being committed.” [4]

Arguing in 2006 that such a reasonable basis exists, former Visiting Professor at Renmin University of China and current U.S. State Department employee, Grace M. Kang, discusses the potential ways the ICC could have jurisdiction over Kim even though the DPRK is not a party to the Rome Statute. She states:

[T]he ICC may have jurisdiction over crimes committed by D.P.R.K. citizens if: (1)  the UN Security Council refers a case to it, acting under Chapter VII of the UN Charter; (2) a State Party refers the situation to the ICC; or (3) the prosecutor initiates an investigation proprio motu, pursuant to Article 13 of the Rome Statute.[5]

Kang additionally suggests, as an alternative to utilizing the ICC, that a special tribunal be established to prosecute Kim for crimes.[6]

Kang is certainly not alone in her research or conviction that the legal basis exists to hold Kim Jong Il accountable for international crimes. Other individuals and organizations also believe in Kim’s criminal liability. For example, the Vice President of the International Criminal Tribunal for the Former Yugoslavia, Kwon O-gon, said Kim “could be hauled before the International Criminal Court if South Korea and Japan can prove North Korea kidnapped their citizens in the 1970s and 80s.”[7] Similarly, the Investigative Commission on Crimes against Humanity recently stated that because of the “unacceptable scale of the atrocities committed by the North Korean regime,” it vowed to “‘take specific steps towards prosecuting Kim Jong Il in the International Criminal Court’ according to Doh Hee Yun, the commission’s administrator.”[8]

Perhaps the international community is more aware and outraged by Kim than ever before, as it should be. In December 2010, ICC Chief Prosecutor Luis Moreno-Ocampo’s office said it had received complaints about North Korea due to the sinking of the Cheonan and bombings of Yeonpyeong Island and would launch a preliminary examination, which is not to be confused with an investigation.[9] The Court, under the Rome Statute, must determine that there is enough credible evidence against Kim for these potential war crimes and that the DPRK lacks the court system to prosecute Kim. Even though the DPRK does have criminal courts, it would be impossible to believe that it would try its own leader for these crimes. It is established that Kim’s judicial system is yet another puppet under his control.